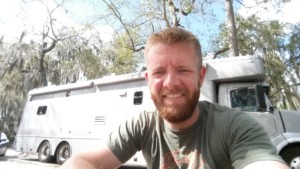 Dave is a nuclear engineer that dove into RVing head-first. Years ago, a summer job at Los Alamos National Laboratory necessitated a search for housing, which largely came up empty. Within a couple of months, Dave researched the idea of full-timing, bought an RV, and headed cross-country. He learned about RVing as he went.  His first stay ever in an RV park was as a full-timer back in 2006. Over ten years later, he hasn’t looked back.

Look for posts about his RV projects, a tour of the two RVs he’s owned, and what it was like getting through school living in an RV. 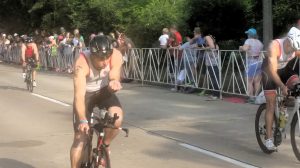 John is another nuclear engineer who spends his free time training for Ironman triathlons and building gadgets that sometimes work. He began his RV experience when he was between apartments one year, and his friend and former colleague offered to let him stay at his place. That friend turned out to be Dave. When not BS-ing, John and Dave found that they both enjoyed building gadgets that improved their RV experience.

John left for 3 years in Vienna, where he’d call an apartment not much bigger than an RV home.  While there, John and his girlfriend played host to Dave and Andrew when they visited.  Now that he’s back stateside, we’ll hopefully twist his arm into writing a little bit more.

Now tell us about Milo… has been a full-time RVer for more than three years.  Even when the RV isn’t on the go, he tends to keep an eye on things from the front passenger seat.  He opens his window when he wants fresh air, enjoys long walks (3 miles max, please!), and generally loves to travel.  Like a lot of RVers though, he likes nice weather–he avoids the rain, and walks around puddles.

Want to get in touch with us? Here’s how.