Do you ever get frustrated rolling up a damp hose that’s collected all kinds of dirt and grass clippings? I know I did—especially in the humid south, when leaving in the morning, everything would be damp. Sometimes I’d think ahead, and remember to grab a paper towel to clean the hose when unhooking, but that didn’t always keep pant legs and shoes clean.

There are a number of made-for-an-RV hose reels which command a hefty price—some motorized, and most are open frames. Is there something better? Maybe. Using a garden hose reel with a drinking water hose sounded like a good idea. More than 2 years later, it’s still working great, with the hose up off the ground when I’m close to the hydrant. That includes using it through 2 winters where it saw either single-digit or below zero temperatures. 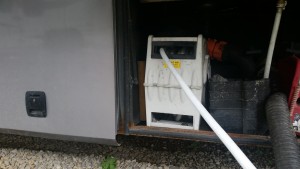 Here’s how to do it… 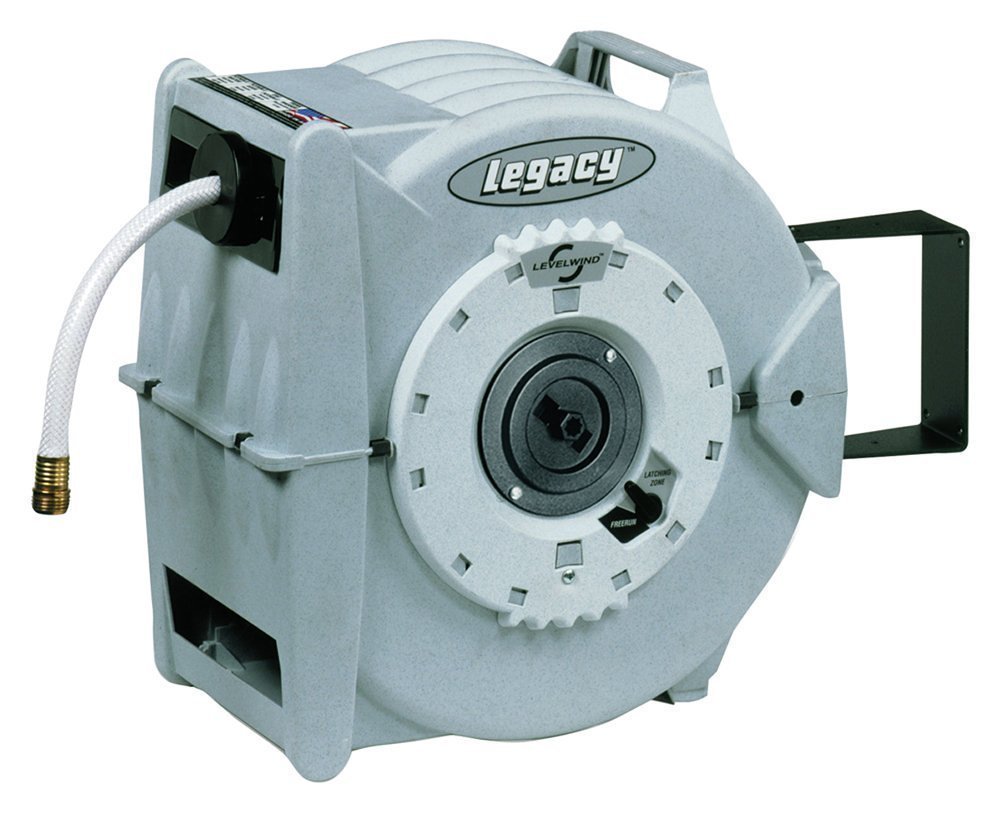 At 50 feet long, and 5/8” diameter, it’s more than adequate to reach any normal water hookup.  It also happens to be made in the USA.

On both ends, though, a standard hose reel will have connectors with the wrong gender end fittings. The adapters you’ll need can be tough to find in many hardware stores. You’ll need one male-to-male and one female-to-female garden hose thread (GHT) adapter. 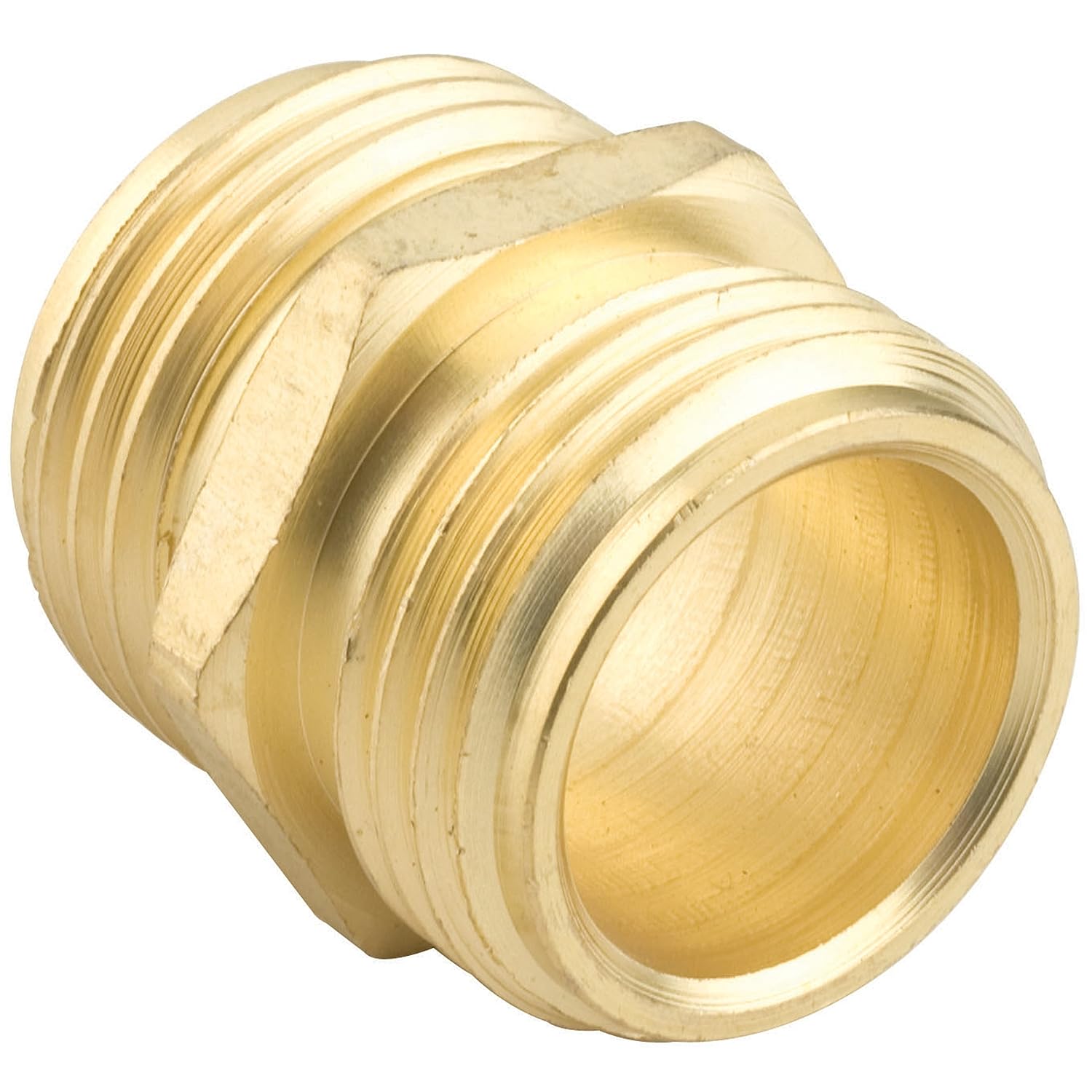 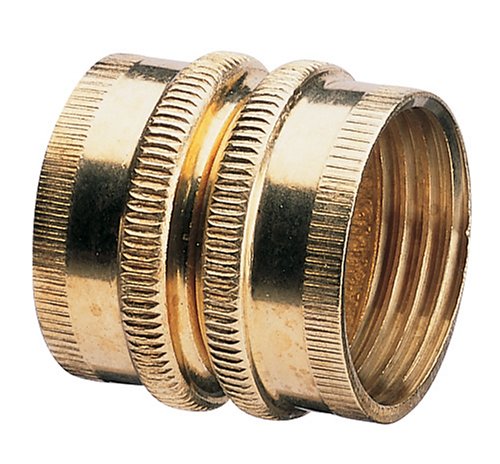 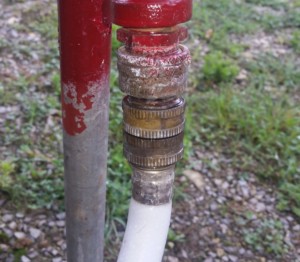 You’ll want to anchor it with the included bracket to the back or side wall of a compartment to keep it in place when you need to hook up quickly.

After two years, it’s working pretty well.  It can be too stiff to roll up on its own in really cold temperatures (UPDATE: With a new hose, [amazon_textlink asin=’B003TFE7ZM’ text=’problem solved’ template=’ProductLink’ store=’rvne-20′ marketplace=’US’ link_id=’b1ae778b-6aa1-11e8-9b4d-59b084f8031f’].), but a little bit of help pushing on it has always been enough to roll it up (provided it isn’t full of ice!).  But that’s pretty minor for a project that cost less than $200 and only took a few minutes to install.

Let me know your experiences!