In part 1, we introduced sous vide cooking.  This time around, we’ll be talking about the equipment we’ve used.  There are a few popular models we haven’t tried yet, and we may do a more technical review later if there’s interest.  The intent this time is to show you what you’ll need to get started.  Next time around, we’ll cook something tasty (to be determined) and show you how we did it.

There are really only 3 things you need to get going: a sous vide cooker (often called an immersion circulator), a container with water, and food in sealed bags.  Here’s my go-to sous vide cooker:

I enjoy using the Sansaire model sous vide for several reasons. First, it was my first immersion circulator, so I am partial to this little guy (which is bigger than any of the other portable units). Second, it can usually stand on it’s own in a pot or sink without falling over, which is nice if you don’t have anything, like the wall of a pot, to clamp on to. Third, it is very, very easy to use. It is pretty much controlled by an “on” button and a ring you twist to change the temperature.

I travel quite a bit for work and to visit family. When I do, sometimes I bring a sous vide setup with me to help cook some amazing meals for my friends and family (Feel free to put John and his ego in their place in the comments section. Amazing?? –Dave). Often times I bring my Anova, mostly because it is pretty and fast to clean.  Also Dave is usually using (hogging) the Sansaire in the sink to cook meals most days.

This model has been replaced by a newer version, which improves on the clamp design, simplifies the interface, adds Bluetooth controls, and ends up a little bit cheaper.  I wouldn’t have thought the Bluetooth would be a big deal, but it just might mean you can turn on the cooker in the fiver from the passenger seat of the truck!

For most meat, you’ll want to sear it just before serving.  That usually means either a hot pan or a grill, typically for just a minute or two.  To sear the meat when I am travelling, or just don’t want to fire up the grill or stove, I like to use a product called the Searzall.  It’s an attachment that goes on the end of a blow torch.

The Searzall is pretty slick because it uses special screens to convert the blowtorch flame to infrared heat, perfect for searing meat and desserts!

For Christmas a few years ago I gave my mother one of these Sous Vide Supreme systems. Initially she was hesitant to use it, but now it is used to make the most amazing salmon and steaks I have ever tasted! The Sous Vide Supreme heats a bath from below, instead of circulating water past a heater. It also has a cover so it is less likely to splash while driving. I haven’t tested it on the road yet though.

But where to sous vide?

Depending on your kitchen in your RV, you may just want to run an immersion circulator in your sink (see picture up top).  We do that frequently, especially for shorter runs, and it is very convenient. For large cuts of meat I like to use my polycarbonate container since it can be set pretty much anywhere (outside in the summer time!) and has plenty of volume. Since you may be driving while “sous viding”, it is important to be aware of the potential of sloshing the water out of the container. For this reason, a method such as baffles or a lid is a good idea. This can be as easy as putting plastic food wrap over the cooking vessel, or if in the sink, just putting the sink cover back on (if it fits over the cooker). 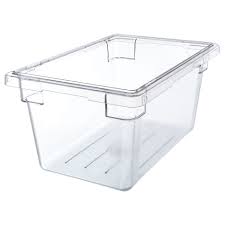 This is really fun for large cuts of meat as you can literally watch it cook!

Or put it in your pressure cooker! 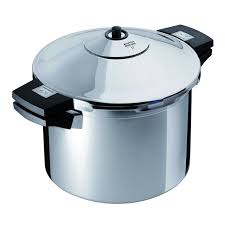 For best results, you will want to vacuum seal it in a food safe bag. Eggs are an exception to this we will talk about later.  You can still get good results with a Ziploc bag for lower temperatures, but the risks of a leak are probably a lot higher.

There are several ways to vacuum seal your food. The professional method used at deli’s for example, uses a large machine with a vacuum chamber. It is unlikely you will talk yourself into taking one of these in your RV, but I am counting on one of you out there to eventually send me a picture of this. For the rest of us who aren’t ready to spend thousands on a vacuum seal system, there are the evacuated bag systems. The most common brands are FoodSaver and Ziplock in this market, and both should work fine for sous vide.  Here’s what I have: 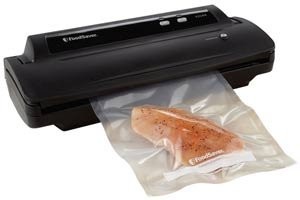 Sous vide is now my top choice of cooking methods while on the go or busy. It has made me realize that very few restaurants can compete when you cook this way.  Tomorrow we’ll post part 3, which will be a how-to for a first-timer, with a beef roast we’ll be eating for dinner tonight.

As far as vacuum sealers go, I’ve had one in my kitchen for about 15 years.  The same one.

It’s a hand-me-down that my parents replaced when yellowed white plastic wouldn’t do anymore.  At 24 years old, it’s outlasted plenty of kitchen appliances–the only repair it’s had was  DIY fix of the sealing strip a few years ago.  I tend to like it a bit better than the newer units as it has a vacuum gauge and lets me control when to start sealing–which means I can often draw a much harder vacuum (or start sealing early with liquids).

An eBay search for the Compact Foodsaver

model I have turned up several results.  They still seem to command a fair price even at that age–maybe they were better built in Italy.

John may have introduced me to sous vide cooking, but I’ve been storing food and marinating under vacuum for quite some time.  He also acted like I was crazy for suggesting using the sink, but it’s usually the easiest place for me.  And on “borrowing” the Sansaire…guilty as charged.