There are tons of guides and reviews out there for buying the latest and greatest smartphones.  And there are tons of comparisons of the big four service providers.  This post is more about the strategy to get your hands on a flagship phone without breaking the bank, and getting the best experience out of it.

I will guide you through what to look for, explain why, and then give a few examples/recommendations.  Heads up!  This post ended up a lot longer than I thought it would.  If you’d like, skip straight to the recommendations toward the bottom.

More than likely the last time you bought a smartphone, you bought it from your provider or a large retail outlet like BestBuy, or Wal-Mart.  You’ll see flagship phones from a few major brands (Apple, Samsung, LG, Google, etc.), a few budget-minded offerings from the same brands, and a few from brands that you aren’t too familiar with.

What you generally won’t see are slightly older flagship phones offered at a discount.  Once a particular phone is out of production, it’s generally moved off the shelves of those retailers.  They’re taking advantage of the average customer’s willingness to pay full price (or close to it) given the opportunity to pay over time.  You’ll typically spend $500 or more, paid over two years.  You’ll have a new flagship phone at the start, and by the time it’s paid for, have a two year old phone.  In other words, it’s average life is a year old, in actual use.

A decade ago, smartphones were changing fast enough that it was easy to justify wanting the newest model.  Early phones didn’t have many of the things we now use regularly–front cameras, navigation, etc.  But just about any phone made in the last few years is capable of most of what we need.  Some do it better and/or faster than others, but the basic functionality is fairly similar.

Buying a slightly older phone can often mean spending about 1/4 of the price, about a year or two old beyond its release date.  If you really wanted to, you could upgrade every six months and never have to put up with that phone that’s intentionally slowed down.

Once you break out of the monthly payment or contract arrangement though, my guess is you’ll end up where I did–a slightly older phone can work quite well even 3 or 4 years beyond when it was introduced.  But there are a few things worth paying attention to:

If some of those things sound like gibberish, don’t worry, each gets its own section below.

There’s a distinct difference between buying a new phone that’s been on the shelf a while, one that’s been refurbished, and one that’s simply used.  The former two categories should be able to provide you with the same experience as if you’d bought the phone at its release.  The latter might have reduced battery capacity or other blemishes, which could be costly if the battery isn’t easily serviced.

Of course, that brings me to another issue.  You’ve probably seen news stories about iPhones being slowed as they age–while people weren’t happy about it, from a technical standpoint, Apple’s software to do this was necessary.  They also reduced the price of battery replacements, but they still meant taking the phone in and waiting while it was opened up and repaired.

There are still a number of phone models that are more than serviceable and have a user replaceable battery.  For many of these models, replacement batteries are generally $10-20.  In my experience, a lot of the frustrations as a phone ages–slower performance and shorter battery life–can be addressed without a new phone.  Tidy things up occasionally, and replace the battery to keep things in top shape.

Keeping Your Phone and Switching Carriers

Obviously, things have changed in the way most of us buy phones.  Gone are the days of the 2-year contract, early termination fee, and free or subsidized phone.  Now it’s a full-price phone, no contract, and nothing pinning you down, except maybe having to go ahead and pay off the financing.

While any phone you own outright must be unlocked on request to the carrier, getting it done in practice can be sometimes difficult and frustrating.  In theory it’s simple, but carriers have good reason to stand in the way–if it’s too difficult, you might stick around instead of coughing up the cash for a new phone to use with your new carrier.

If you buy a phone that’s carrier-unlocked already, the issue is moot.  If you want to switch carriers, you port your number and swap in a new SIM card.  This should be a non-negotiable requirement as you shop for a new phone, as most phones sold separate from service are already available this way at no extra cost.

Have you ever tried to remove an app that you never use, that’s taking up precious storage space, but was put there by the carrier?  You might have found that it can’t be uninstalled like other apps, and that you’re stuck with it.  Some carriers and phone models are worse than others, but they all tend to have some degree of pre-installed, non-stock software when shipped–this is called bloatware.

One way to avoid it is to buy a phone that isn’t associated with a particular carrier–often branded as developer editions, or sold through channels like the Google Play store (e.g. Nexus devices).   Doing this also in many cases means an unlocked bootloader, which has other advantages discussed in the next section.

The RS988 is certainly more expensive, but is the only version with full funcionality on all carriers, factory unlockable bootloader, and no bloat other than LG’s smart remote and health apps.  Only the  H820 and and RS988 have unlockable bootloaders, so decide if you’ll ever want CDMA service from Verizon or Sprint, then pick either the RS988 or H820 accordingly.

Why care about an Unlocked Bootloader?

First of all, what is a bootloader, right?  It’s the part of your device that controls how it gets going, reading the operating system’s data from its internal storage.  (More here)  With it locked, you’re kept out of certain parts of the device’s storage, without the privilege of a complete backup or the ability to replace the operating system on your own.

If you’re completely happy with the phone as it ships, this might not be a big deal.  But if you want to be able to back it up, completely, you’ll need access to the full device.  If a new version of Android comes out, and your carrier or the phone’s manufacturer don’t bother to upgrade it for you (quite common), you’re out of luck.

If you’re unlocked, you can make use of the wealth of open-source and free software for your phone.  That might be Android’s newest version, Oreo, it might be tweaks that allow additional functionality, it might be a skinned or otherwise tweaked user interface that suits you better than what the phone came with.

It also might be the ability to wirelessly tether your phone (i.e. operate it as a hotspot), saving you money on a dedicated device, disable certain features, or any number other things.  But you’re ultimately in control–whether you use the keys or not.

This part is perhaps a lot easier to follow.  What capabilities should you be looking for?  In my mind, there’s a short list of must-have’s:

That means it’s going to take you a lot longer to run out of space, and you can add so much space that you can use your phone with one of many data synchronization tools to keep a duplicate set of files from your computer as a backup.

I’ve already mentioned the battery issue.  Being able to carry a spare battery is priceless in many respects, allowing a quick swap to keep going without carrying a bulky charger or being tethered to it.  Being able to replace the battery as it ages allows you to eliminate one of the main reasons we often become unsatisfied with a phone.

Most of the processors you’ll find in flagship phones made in the last several years are plenty capable of most tasks.  Some phones, however, are bogged down by not having enough RAM.  To be clear, this isn’t internal storage–this is the temporary memory used by your phone while it’s doing stuff.  Look for 3GB or more and you should be in good shape.

Here are a few other things to look for:

Finally, we get to the stuff about what to actually buy, and where to buy.  Generally speaking, you’re not going to find much selection in slightly older flagship phones at the carrier or at major retail outlets.  Lots of online resellers offer good deals, but there’s always some risk that the phone isn’t what you need.  Maybe you end up with a phone that was reported stolen in a prior life, or simply you ordering a model that you don’t like or that doesn’t work with your preferred carrier.  Ideally, you can return the phone without penalty in those instances.

Fortunately, Amazon has quite the selection of older flagship phones, either new or refurbished, at prices not too far off of what you might be able to find buying direct from an online reseller or through sites like eBay.  Lots are Prime eligible, and ship with Amazon’s A-to-Z guarantee.

The list is just a starting point, and I may add a few more in the near future.

NOTE: You’ll see in parentheses a model number or two with each phone discussed.  Pay attention to those–they determine which version you get, whether carrier branded or not, and which bands/networks they support.

I’m currently using this phone, so expect a little favoritism on my part. The wide-angle camera sold me on this phone.  Beyond that, it checks the boxes of the Galaxy S5 it replaced, minus wireless charging, and boasts 50% more RAM.  In place of wireless charging, Quick Charge 3.0 means less time spent plugged in.

This phone followed the G5, and retains a version of the dual-camera setup.  It loses the removable battery, gains more RAM, and wireless charging.  The G6+ version that has a few upgrades like more internal storage.

If you really need the bigger screen, extra RAM, or wireless charging, this is a good upgrade from the G5.  If not, save a few bucks. 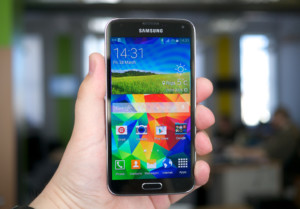 If you want wireless charging, and a removable battery for under $200, this is probably where you’ll end up.  It’s a good all-around phone, limited primarily by a shortage of RAM–only 2GB.  Wireless charging is not included by default, but via an [amazon_textlink asin=’B01M7V886J’ text=’optional back cover’ template=’ProductLink’ store=’rvne-20′ marketplace=’US’ link_id=’bf6b446f-69e7-11e8-ac41-2f4f94c5f60d’].